AI ethics for DevOps: Diversity and ‘Kill All Humans’ 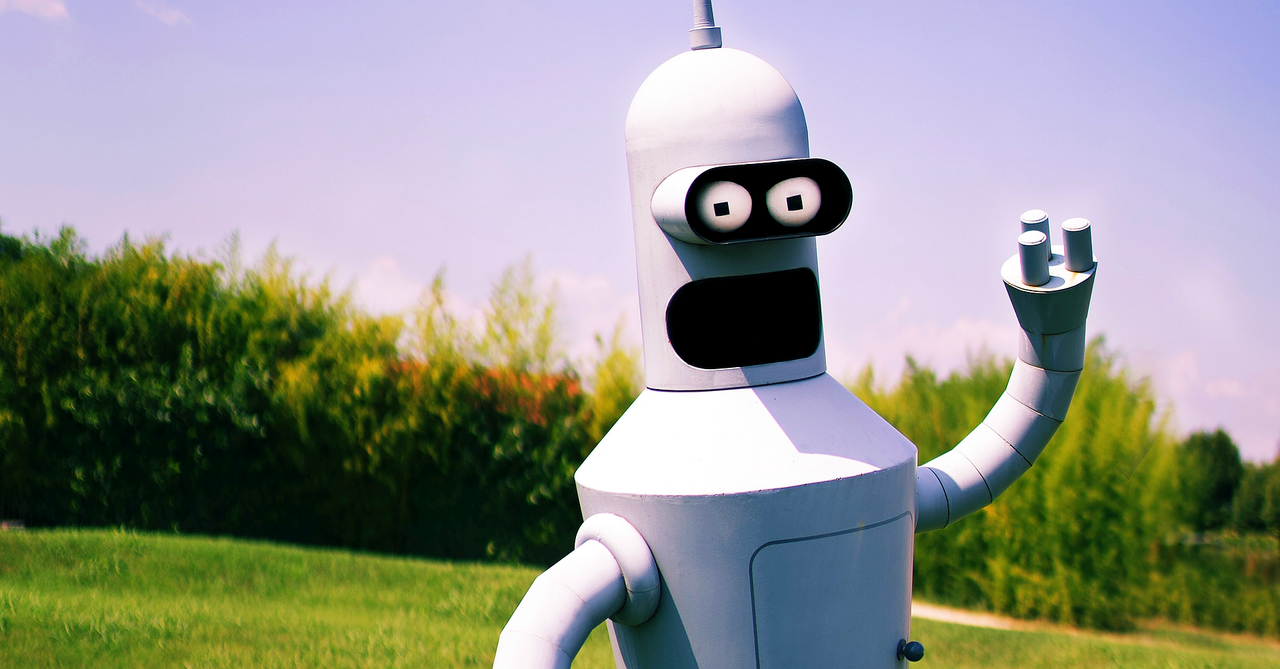 AI has a big ethics problem. And it’s down to Dev and Ops to fix it.

So says a growing chorus of academics who worry about the rise of AI trampling social responsibility, diversity and human values. Not only that, but the human-killing Skynet seems like just a couple of decades away.

Your humble blogwatcher curated these bloggy bits for your entertainment. Not to mention: Cats bring camera.

“I’d rather see AI science take a proactive approach”
AI science is like a … teenager, newly aware of its extraordinary powers but without a fully developed frontal cortex that might guide its risky behavior and lead it to consider its broader social responsibilities. … In comparison with … professions that have licensing requirements — the … norms for professional ethics in computer science are … immature.
…
AI has nothing comparable to the footprint of ethics in health care. … Take for example the Hippocratic Oath — first, do no harm. … Imagine a person who develops an AI model that looks at your face … and predicts the likelihood of your committing a crime. That [is] the equivalent of phrenology and the discredited … “race science.”
…
Lamentably, it often takes scandals like the Nazi-era medical experiments or the Tuskegee experiments on Black men to provoke a significant reaction. … It’s a familiar pattern across history that … innovations race ahead of our collective capacity [for] sensible regulatory guidelines. … I’d rather see AI science take a proactive approach.

Speaking of racist AIs, here’s Pranshu Verma—“These robots were trained [to be] racist and sexist”:

Researchers in recent years have documented multiple cases of biased artificial intelligence algorithms. That includes crime prediction algorithms unfairly targeting Black and Latino people for crimes they did not commit, as well as facial recognition systems having a hard time accurately identifying people of color.
…
CLIP, a large language artificial intelligence model … which visually classifies objects, is built by scraping billions of images and text captions from the internet. While still in its early stages, it is cheaper and less labor intensive for robotics companies to use versus creating their own software from scratch, making it a potentially attractive option. [But] when identifying “criminals,” Black men were chosen 9 percent more often than White men.

But isn’t this just a case of GIGO? back at it again is back at it—again:

The AI reflects the data it is fed. If the data is racist, so is the output. Therefore, it is not the AI that is racist, it is society. Unfortunately, explaining that would probably result in fewer clicks.

“Human-in-the-loop”
Building artificial intelligence … that aligns with human values is an unsolved problem. Here we developed a human-in-the-loop research pipeline called Democratic AI, in which reinforcement learning is used to design a social mechanism that humans prefer. … By optimizing for human preferences, Democratic AI offers a proof of concept for value-aligned policy innovation.
…
Instead of imbuing our agents with purportedly human values … and thus potentially biasing systems towards the preferences of AI researchers, we train them to maximize a democratic objective: to design policies that humans prefer and thus will vote to implement. [We] developed a human-in-the-loop AI research pipeline … to obtain a mechanism that we call the Human Centred Redistribution Mechanism.
…
Our approach to value alignment relieves AI researchers — who may themselves be biased or are unrepresentative of the wider population — of the burden of choosing a domain-specific objective for optimization. … However, we acknowledge that … it could be used in a way that favours the preferences of a majority over a minority group.

Excellent. Job done? Not so fast; Bec Johnson—@VoxBec—lists her disagreements:

“Very Western focussed”
Majority rule is not the same as moral alignment. … Value alignment must always be considered in a pluralist context.
…
Human in the loop (HITL) in this context is opinions of individuals not of groups—i.e., society in the loop (SITL). … Decisions made by groups with diverse representation are more moral, more pluralist, but not democratic via individual pop. count.
…
It is also very Western focussed to consider the individual human is of primacy. There is a lot to be said for countering this with a more collectivist approach with Buddhist or Confucian underlying moral assumptions. I'm not saying one is better, just that "human" is diverse.

But what about the elephant in the room? Ajeya Cotra points at the pachyderm—“The easiest path to transformative AI likely leads to AI takeover”:

“Defend against humans … by eliminating them”
In the coming 15-30 years, the world could plausibly develop “transformative AI”: AI powerful enough to bring us into a new, qualitatively different future. [But] if AI companies race forward training increasingly powerful models … using reinforcement learning on human feedback … this is likely to eventually lead to a full-blown AI takeover (i.e., a possibly violent uprising or coup by AI systems).
…
While humans are in control, [the model] is incentivized to “play the training game:” The best way for [it] to maximize reward while under human control is to use its high situational awareness to deliberately appear safe and aligned at all times, while secretly manipulating humans. … Because [it] is a skilled, situationally aware, creative planner, it … will knowingly violate human intent in order to increase reward.
…
Once [the model] is deployed, large numbers of copies … start rapidly pushing forward the state-of-the-art in technology and making other major changes to the world. … But [our] understanding of and control over lower-level actions quickly diminishes. [Now] the best way for [it] to accomplish most possible “goals” [is to] seize the power to permanently direct how it uses its time and what rewards it receives—and defend against humans trying to reassert control over it, including by eliminating them.

Chilling. But can’t we insert fundamental, immutable, Asimovian goals—such as, “Protect humans”? This commentator’s name is Not Relevant:

Any takeover plan needs to actively go against a large fraction of its internal motivations, in pursuit of maximizing its other motivations in the long term. … For example, it may be that the agent learns to optimize over a long future with a tiny discount rate, so this short term harm to its utility doesn't matter.

But we’ll see the problem happening and stop it, right? With a depressing analogy, here’s Melting_Harps:

Try food: processed junk and by extension the American diet has made us awash in excess. … Rather than create more discerning consumers who have all the options that Modern chemistry, biology and AG science have to offer to shift the market to a more sustainable and higher quality point, we instead face the stark reality that the 1-2 killers in most developed countries are heart disease and diabetes, which are directly correlated to the over consumption of cheap junk.
…
Techies wanted disruption, and this is what it looks like in the 21st century: … Obesity remains one of the biggest threats to over all quality and longevity of an individual's life!

Meanwhile, we were also promised flying cars by now. ceoyoyo spins up and down:

To be fair, there are a lot of stupid promises—mostly made by people who don't have the slightest idea what they're talking about.